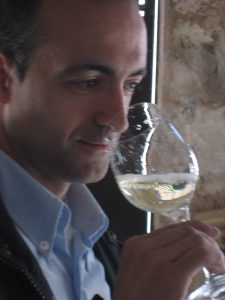 The beauty of wine is that no two harvests are the same – just as no two wines can be the same. Each year brings a new adventure. This is especially true for producers like the Guileras, who work their own estates. The organic Coma Romà wines are the result of a combination of factors: the sun, the climate, the variety of the grape, the methods used to work the vines and the cellar, the coupage…. Premium wines, each with its own unique personality, but all produced with the utmost respect for the environment.

The wines detailed below are from the 2016 harvest.

A brief summary of previous years:

2011: A fairly wet spring and winter. Despite this, the grapes arrived at the cellar in great condition and with excellent acidity.
2012: A wet winter followed by very dry spring and summer seasons. A harvest of exceptionally healthy and mature grapes.
2013: A dry winter and one of the coldest Mays of recent years. A reasonably dry summer, but with fairly low temperatures. The grapes took a long time to mature.
2014: A mild winter with very little rainfall. One of the driest in recent years. The summer was cool and fairly wet. The harvest continued along the same lines as 2013, with low temperatures and weekly rains delaying the ripening and maturity of the grapes.
2015: A dry winter and spring, with low rainfall and mild temperatures. Very high temperatures in June and July. August saw lower temperatures, but even with this, the harvest was one week ahead of its equivalent 2014 growth. The conditions brought about a fall in the quantity of grapes per vine, but a slight increase in their sugar content.
2016: Notably dry climatic conditions – one of the driest seasons in recent years with 50% – 60% less rainfall than average. This resulted in a significant decrease in grape production, although the grapes that were produced were very healthy.